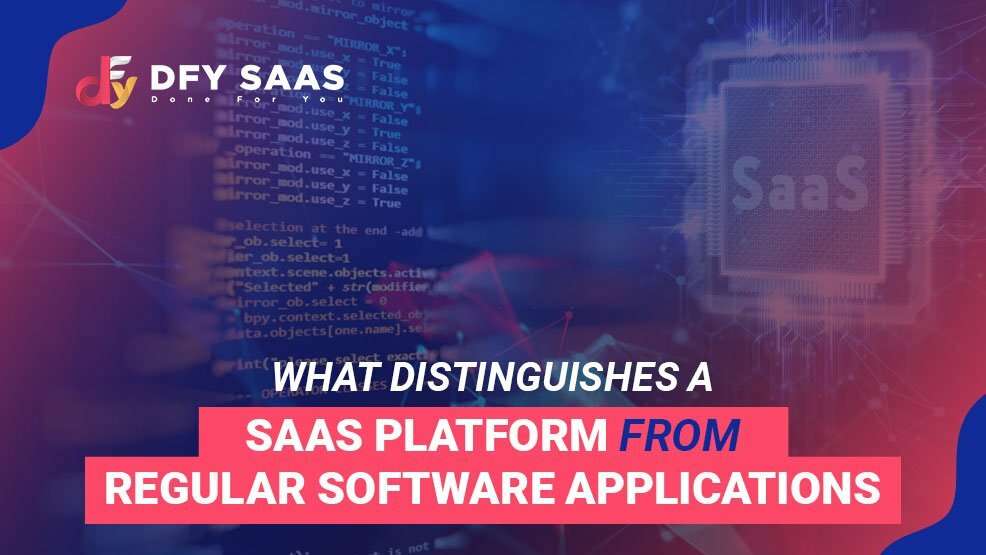 What Distinguishes a SaaS Platform from Regular Software Applications?

In recent years, SaaS and on-premise software have become the most popular solutions for businesses. While SaaS has been gaining more and more traction due to its flexibility and ease of use, on-premise software remains a popular choice for many businesses. So, what really distinguishes one from the other? To better understand their differences, it is important to consider factors such as cost, deployment, scalability, and security. SaaS and on-premise software have their own unique set of advantages and disadvantages, and to pick the best for your business, it is important to understand what distinguishes a SaaS platform from regular software applications.

A SaaS model refers to a software delivery method in which a company hosts the software on its network, and your organization accesses it via its network. When you subscribe to a SaaS solution, you don’t have to purchase the software or hardware.

Instead, you pay a subscription fee for using the software. SaaS is a growing industry that is expected to reach $208 billion by 2024. SaaS software can be used for any business, and most industries have a few SaaS products available to suit their unique needs.

SaaS solutions allow your business to access and use the software from any computer or device. This is possible because software-as-a-service apps are accessed via the web.

What is On-Premise Software?

On-premise software refers to software that is installed on your company’s computers and network. It is also known as software-as-a-service (SaaS) to distinguish it from another type of software delivery called service-as-a-service (SAAS).

Here’s what distinguishes a SaaS platform from regular software applications.

Deployment of SaaS vs. On-Premise Software

Scalability of SaaS vs. On-Premise Software

A key advantage of SaaS is its ability to be scalable. It means that the software can be easily distributed across multiple servers in a data center, and more resources can be added when there is an increase in demand.

It is not possible with on-premise software, where a single computer or server is hosting the software. When the demand for an application increases, the only way to scale it is to buy more computers or servers and install the app on them. This can be very expensive in the long run, especially for large enterprises.

When the demand for SaaS increases, the cloud provider allocates more resources and scales the application. There is no need to buy more computers or servers. It is this ease of scalability that has made SaaS so popular.

Security of SaaS vs. On-Premise Software

The security of both SaaS and on-premise software is essential. However, SaaS is hosted on the vendor’s servers, which are usually protected by firewalls and other security measures. In addition, the customer’s data is traditionally encrypted when transferred to the servers.

Consequently, the customer doesn’t need to take any further security precautions. On-premise software, on the other hand, is hosted on the customer’s servers, which means that the customer has to take care of the security.

As a result, the customer usually has to invest in security solutions such as a firewall, antivirus, and antimalware, among others, and hire an IT team to manage them. This can be costly and significantly increase the software’s initial investment and maintenance cost.

When comparing SaaS and on-premise software, it is essential to understand how they differ. SaaS is usually more scalable and secure than on-premise software because the vendor manages the entire process of building, hosting, and maintaining the software.

Read about 👉 What Is SaaS!

Struggling to Get Your SaaS Idea Off the Ground

DFY SaaS can help you avoid costly pitfalls by building in the right way from the start, so you can go the extra mile and increase your chances for success.

Let's Do This
Book a Call

Sign up for free and be the first to get
notified about updates.

Thank you for subscribing! Awesome content is on its way.

Leverage the impeccable coding skills and domain knowledge of DFY SaaS’ developers to build the right solution that meets your business needs head-on.

DFY SaaS is on a mission to help individuals who have an extensive network but aren’t sure how to use it to grow their income and earn themselves a holiday.

Lost in Development or Marketing?

Let us power your enterprise and customers.
Get Started

Since every company has different financials and circumstances, there is really no 'one size fits all' answer. So, if you would like to discuss how we can help expand your SaaS business, schedule a Free, no-obligation meeting by filling in the form below. 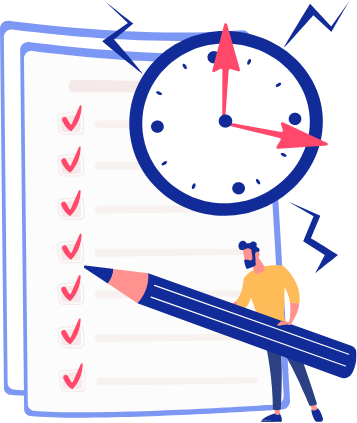 Thank you for contacting us, our team will shortly contact you!

You will hear from our team shortly!

Fill the fields below to reach us and Book a Meeting after this to connect with us.